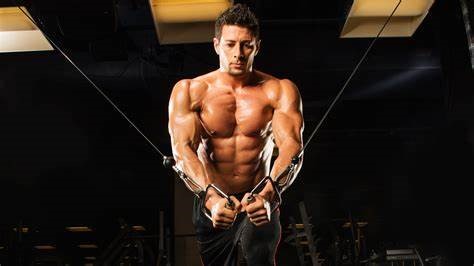 If you are from the bodybuilding world, you must have by know heard about Methoxygonadiene, otherwise known as Max LMG. If you aren’t currently using it, then there is only one reason for you to be here. You are trying to get familiar with this compound, in order to decide whether it is the right one for your muscles.

First of all, I’d like to say: “Good for you”! Far too many people take other people by their word and put anything and everything inside their bodies, just to build the biggest muscles anyone has ever seen. In other words, they don’t think twice about the consequences behind their actions and the potential dangerous effects of whatever it is they are taking.

On the other hand, there are those who never take anything and unsuccessfully struggle with achieving their life-long aim and getting the body they want. And why do you think is that? This is a no-brainer, really, you should have guessed it immediately. The reason is fear caused by lack of information.

In the 1960s, two scientists, called Herchel Smith and Gordon Alan Hughes, started experimenting with three alkylated 19 nor-compounds in order to develop this prohormone. However, their research eventually led to the discovery of different compounds, which were used to create the first synthetic contraceptive in the world.

What they didn’t know was that a lot of anabolic compounds were overlooked during that research. And one of those was methoxydienone. Later on, in the 1990s, many steroids appeared on the market. Naturally, not all of those made it alive to the 2020.

Nevertheless, methoxydienone survived. In the end, the Max LMG as we know it today wasn’t created until 2005. And it has been used ever since. Its name sounds like one suitable for a superhero, doesn’t it? But, let’s check if its characteristics justify that.

This is a prohormone derived from progestin. Progestin is a crucial component in blocking some steroid hormones in your body, such as androgens. While there is a webpage that explains its application in more detail, I’ll keep it short for now. Simply put, Max LMG is a prohormone ingested orally and processed in the liver.

It is important to know that this is not a type 17aa steroid. This means that it is not as harsh, strong, and dangerous for your liver. The compound is characterized as a mild anabolic steroid, which implies that it does not damage the liver, nor have any severe side-effects.

Regarding its effect, the people who have used it admit to experiencing significant weight gains. Combined with workouts, all of that turns into muscles. However, due to those gains, you need to be careful with the dosages.

In order to avoid triggering conditions such as gynecomastia, you should consult an expert about the proper doses. Usually, it is recommended to be taken in 6-week cycles. And the ideal intake is said to be between 50mg and 125mg per day.

Now that we have covered the basics, let us quickly see what this prohormone can actually do for you. After all, you wouldn’t want to use anything like this in vain. So, before starting to use this compound, here is what you should expect to get.

Max LMG is known as one of the most effective prohormones when bulking up and growing muscles is in question. It perfectly controls your weight gain and optimizes it. In other words, it all goes in your muscles, rather than turning into body fat.

Furthermore, it gives you extra strength, which allows you to endure more intense workouts. It increases your muscle gains in a short period of time, which leads to quickly getting a more muscular look. On top of that, it has no serious estrogenic effects and little to no side effects in general.